I would like to express my sympathy during the heat. 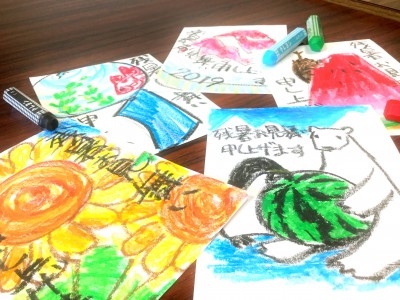 Anyway, “Late-summer greeting”. Speaking of summer, straw hats, fireworks, watermelons, goldfish, sea, mountains, countryside landscapes, beetles, shaved ice, and some cool things!
Let’s take a short break in the summer exhausted life and send a greeting of the season. I think that “picture letters” with little sentences are quite good.